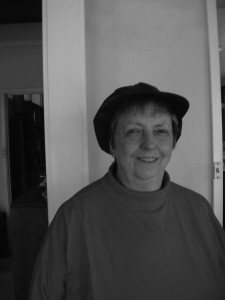 Aileen Kelly was born in 1939 in England, where she grew up near Winchester, and graduated from Cambridge. She  lived in Melbourne since 1962. By profession an adult educator, who was increasingly specialised in the writing and reading of poetry, she worked with many writing groups around Victoria. Coming Up for Light (1994) won the Mary Gilmore Award for best Australian first book of poetry, and was shortlisted for the Anne Elder and Victorian Premier’s awards. Parts of her second book City and Stranger (2002) arose from a 1998 residency in Ireland supported by the Vincent Buckley Prize.

Aileen Kelly died in October 2011.  She left a sheaf of further work as yet unpublished.

An obituary by Cathrine Bateson, and three favourite Kelly poems chosen by Petra White, can be read at solongbulletin.tumblr.com (So Long Bulletin)