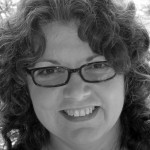 Born in Singapore in 1958,  Marcella Polain migrated to Perth at two, with her Armenian mother and Irish father. She has worked in theatre, screen-writing, and as a teacher, and currently lectures in the Writing program at Edith Cowan University. She has been poetry editor for Westerly and Blue Dog. Her first poetry collection, Dumbstruck (1996), won the Anne Elder Prize; Each Clear Night (2000), was short-listed for the WA Premier’s Award. Her PhD in 2006 explored her family’s survival of the Armenian genocide. Her novel, The Edge of the World (2007, Fremantle Press), was short-listed for the 2008 Commonwealth Writers’ Prize for First Book.