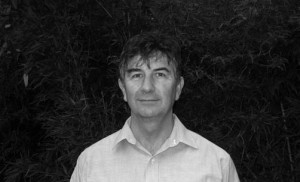 John Jenkins, born in Melbourne in 1949, has published eight books of poems, including Dark River (2004). His verse novel A Break in the Weather was short-listed for the 2004 FAW Christina Stead Award. His long poem Under The Shaded Blossom, which won the 2004 James Joyce Foundation Suspended Sentence Award, was adapted as a drama feature on ABC Radio National. He has published much non-fiction, including travel-writing and books on music and music theatre. He has collaborated often, in works across several media. Jenkins lives on the semi-rural outskirts of Melbourne.