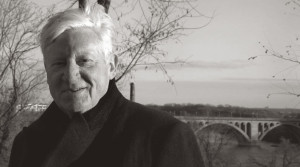 Peter Steele, who was born in Perth in 1939, moved to Melbourne in 1957 to join the Jesuits, of whom he remained a member. He was Professor Emeritus at the University of Melbourne, his base for a lifetime of teaching and writing, along with the equivalent of several years at universities in Chicago, New York and Washington DC. Alongside numerous books of poetry, including ‘The Gossip and the Wine’ (JLP, 2010) and ‘White Knight with Beebox: New and Selected Poems’ (JLP, 2008),  he published books of literary criticism, including studies of Jonathan Swift and Peter Porter.

With great sadness, we record that Peter Steele died on June 27, 2012. He was an outstanding presence throughout his life as a priest, a university teacher, a writer of criticism and a poet. John Leonard Press published three of his last volumes: White Knight with Beebox: New and Selected Poems; The Gossip and the Wine, poems; and Braiding the Voices: Essays in Poetry. This last was published two weeks before Peter died. He was able to read it through and enjoy it.

A number of Peter’s poems from the two poetry books are reproduced on this website.

His life and work are celebrated by Morag Fraser in The beauty that was Peter Steele’s mind, Eureka Street; and Brendan Byrne in The eloquence of God, Eureka Street.