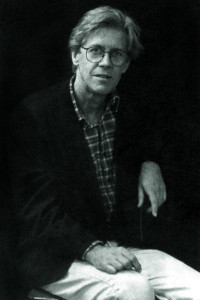 Robert Gray was born in 1945 on the north coast of New South Wales. He lives in Sydney, where he has worked in journalism, advertising, as a buyer for bookshops, and more recently as an occasional teacher of literature. Since 1970 he has published eight books of poetry and six selected editions of his work. For these he has won most of the prizes and literary awards available to a poet in this country, including the Australia Council’s Emeritus Award in 2011. He is also the author of a prize-winning prose memoir, The Land I Came Through Last.

When a landscape is sparsely populated, the eye is favoured over the ear. Robert Gray spent his childhood in the brilliant coastal spaces of the mid-North Coast of New South Wales, and he has spent his life looking at things, and in searching for the words for them.